Having witnessed how his famous and well-loved father, former Mayor of the historical town of San Juan has effectively governed said locality over a progressive nineteen-year period, Jinggoy knows that he is bound to follow the footsteps that his father has carved in both public service and show business arena. 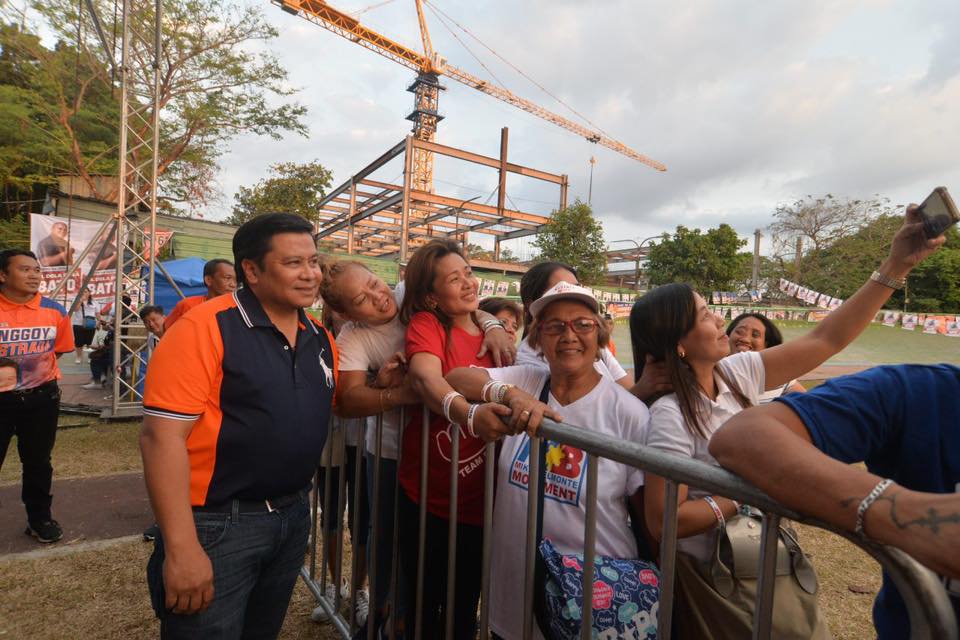 In his early 20s, Jinggoy became an actor and bagged the Filipino Academy for Movie Art and Science (FAMAS) Best Supporting Actor Award for his performance in the movie entitled “Farita Punzalan Story”. In 1999, he also became the host of the television public service program, SaBAYAN, which has helped a number of Filipinos through significant exposés.

Senator Jinggoy finished his primary and secondary education at the Ateneo de Manila University and earned a degree in A.B. Economics from the University of the Philippines. He took up Bachelor of Laws for four (4) years at the Lyceum University while serving as Vice-Mayor at the Municipality of San Juan at a young age of 25.

In 1992, he became the youngest ever elected-local chief executive in the entire nation at age 29. For three (3) consecutive terms, he administered the economic, social, political, and cultural affairs of the Municipality of San Juan beyond everyone’s expectations. He spearheaded various projects and programs for the improvement of the said municipality in the form of construction of modernized Barangay Halls with Day Care Centers in all Barangays; repair and renovation of the now San Juan National High School and other public elementary schools, recreation centers like gymnasiums, basketball courts and play grounds; creation of different livelihood centers; improvement and replacement of drainages; concreting of municipal roads; and the construction of a four-storey San Juan Medical Center and the San Juan Municipal Gymnasium. During his incumbency, San Juan gained the reputation of being one of the most progressive municipalities and the Most Peaceful Municipality in the Philippines.

During his final tenure as Mayor, he was sworn into office as the National President of the League of Municipalities of the Philippines from 1998 to 2001, where he efficiently harnessed the potential of local government units as reliable partner of the national government in nation-building through his programs on continuous empowering of the LGUs by securing and producing better service facilities to at least 1,525 municipalities during his stint. 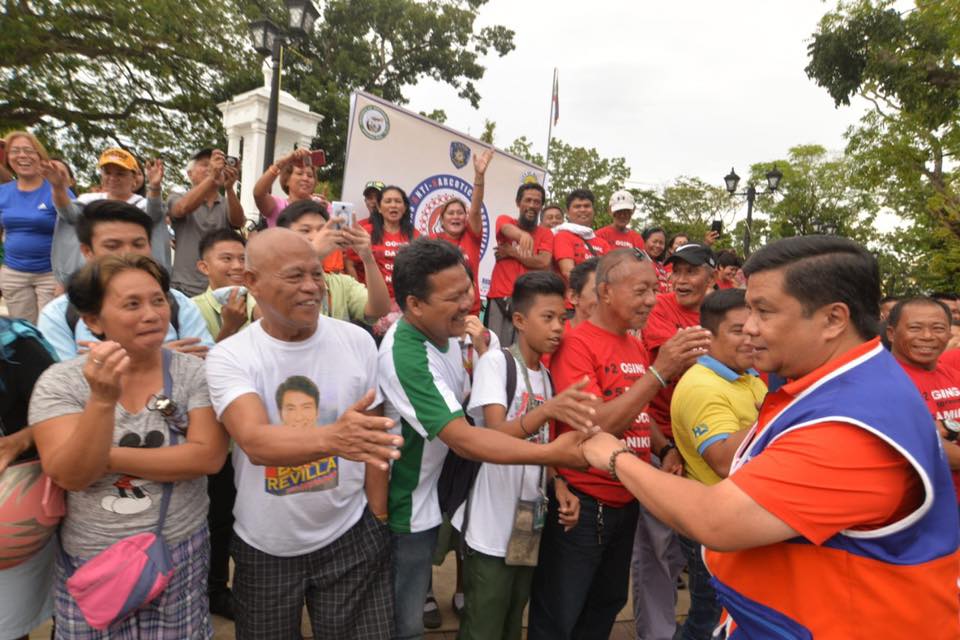 In May 2004, the Filipino people gave the “Anak ng Masa” an official mandate to serve as Senator of the Republic of the Philippines. This gave him the chance to carry out his earnest desire to continue the pro-poor programs that his father has started and to pursue his commitment to address the problems besetting the country through just and meaningful legislation.

During his first term as Senator, he translated his experience and solid background as a young local chief executive of San Juan City into becoming one of the most productive legislators of the country. At the age of 44, he also assumed as the youngest elected Senate President Pro Tempore.

Proving himself to be more than a parliamentarian, he opened his office and explored avenues to offer public service to his constituents, like legal counseling, medical subsidies and scholarship grants.

In the May 2010 automated elections, an overwhelming eighteen (18) million Filipino people have once again placed their trust in him and made him one of the topnotchers in the senatorial race.

During the 16th Congress, he proved to be a prolific lawmaker as he filed 642 bills and resolutions as principal author, ranking him second among the 24 senators in terms of number of legislative measures submitted.

Among his proposals, which he authored, co-authored or sponsored, which have been signed into law include:

3. Republic Act 10070: An Act Establishing an Institutional Mechanism to Ensure the Implementation of Programs and Services for Persons with Disabilities in Every Province, City and Municipality

11. Republic Act 10644: An Act Promoting Job Generation and Inclusive Growth through the Development of Micro, Small and Medium Enterprises

On many occasions, Sen. Estrada took the floor and made his pro-poor, anti-abuse convictions known. He delivered fifty (50) privilege speeches on varied topics such as the constitutionally-guaranteed freedom of speech and expression, right to public assembly, unfair labor conditions, illegal trading, among others.

At many times, he stood up for the rights of the oppressed and the exploited. This is clearly manifested when he took the floor to condemn and to urge the chamber to act on the maltreatment of Bonita Baran, a domestic worker who lost her vision after suffering years of cruelty from her female employer, and on the molestation and sexual assault of corrupt embassy and labor officials posted in the Middle East against distressed overseas Filipino workers in their custody.

He also gave voice to the ordeals of the poor and the marginalized. He exposed irregularities and shady deals in the government including the anomalous transaction in the Philippine Amusement and Gaming Corporation (PAGCOR), corrupt practices of generals and high-ranking uniformed officers within the Armed Forces of the Philippines (AFP), and misuse of Metro Manila Film Festival proceeds to the detriment of movie workers’ welfare organization and film development agencies.

Several award-giving bodies took notice and recognized his sterling work as a Senator and a public servant. Sen. Estrada was conferred the Most Outstanding Government Service Award by the Guillermo Mendoza Memorial Scholarship Foundation, Inc. for his “invaluable service to the government and the Filipino people.” He was also cited as a Distinguished Alumnus by the University of the Philippines Alumni Association and was included in the roster of “Men Who Matter” in 2012 for his exemplary performance as a legislator and as a public servant. He is also a recipient of Lifetime Achievement Award by Gawad Amerika in 2012 for his “sincere dedication and commitment and being a good example for the Filipino people.” 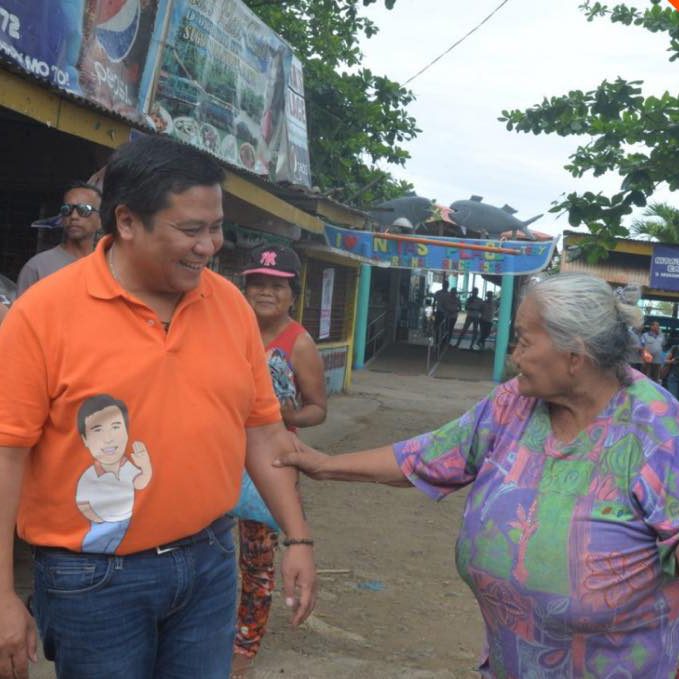 Presently, Senator Jinggoy Ejercito Estrada is very much focused in keeping his commitment to the Filipino masa to do his very best as a legislator and as a public servant in securing a future far better than what we are all made to contend with, today.